In Cocaine Blues a number of scents that Phryne uses are mentioned. Phryne continues to use the perfumes throughout the books. They are: 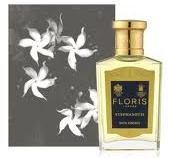 Floris:
Phryne uses Floris in a number of scents including Honeysuckle, Tea Rose and Stephanotis. Juan Floris and his wife Elizabeth began selling perfume from their london shop in 1730. Floris is the oldest English retailer of toiletries and accessories and second oldest in the world after Farina gegenüber of Cologne, Germany. 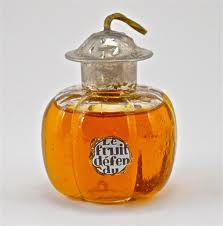 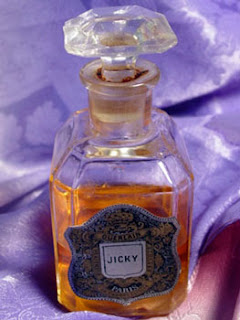 Jicky:
Jicky was created by Guerlain in 1889. It was their first scent described as a 'Parfum' and is widely heralded as the first "modern" fragrance. It was the first to use synthetic ingredients (vanillin and coumarin) alongside natural extracts. Jicky is said to be named either after the nickname Aimé Guerlain gave to his nephew, Jacques, or after a girl who broke Aimé's heart as a student in England.  The fragrance is known for its main notes of lavender and vanilla over animalic civet. Although marketed by Guerlain as a women's fragrance, it was initially more successful with men and has proven to be a popular unisex fragrance. Over 120 years later, Jicky is still being sold, making it the oldest fragrance (other than colognes) in continuous production.
Posted by Emma Powick